CALL US FIND US
Home » Compare Honda Accord vs Toyota Camry

Compare Honda Accord vs Toyota Camry

For many buyers, midsize sedans are the perfect family vehicle. Although they may not be the sportiest or most stylish vehicles on the road, they comfortably seat up to five people and generally get better gas mileage than SUVs. The Honda Accord and the Toyota Camry are two the the bestselling models in the class. As brands, Honda and Toyota are well-known for producing vehicles that last a long time, so Accord and Camry buyers will likely get an excellent value for their dollar.

Although the Honda Accord was first manufactured in Japan in 1976, it wasn’t released in the United States until 1982. For many years after that, it held the title of being the bestselling Japanese car in the U.S. The Accord is now in its ninth generation has been sold as a sedan, coupe, wagon and hatchback. In 2013, Honda debuted a Hybrid version of the Accord.

The Toyota Camry originally debuted in the Japanese market in 1980 and was released in the United States several years later. It quickly became a big hit among U.S. buyers due to its sold construction and reliable powertrain. The eighth generation of the Camry was introduced in 2012, and the model is currently the bestselling midsize sedan in America.

The public perception of both the Accord and Camry is generally positive. Wherever you go, you’re likely to see models from a wide range of years on the road. Although some car enthusiasts may consider them to be unexciting, they’re a very practical option for many drivers.

Since its initial release, the Accord has been named on Car and Driver Magazine’s the 10 Best Cars list more than 30 times. Kelley Blue Book gave the 2014 model top honors in its 5-year Cost to Own category, and that year’s hybrid version was named the Green Car of the Year. The Camry’s accolades are similarly impressive. For 2016, it was named as the Best Midsize Car for the Money by U.S. News & World Report. Kelley Blue Book awarded it as one of the 15 Best Family Cars of 2015.

During its first few years of existence, the Camry had a more powerful engine than the Accord. It offered a 2.0-liter four-cylinder engine that generated 92 horsepower. The Accord’s 1.8-liter unit only generated 86 horsepower. Over the years, both models have improve their performance figures. By the time the Camry’s third generation was released in the U.S., buyers could choose between a 2.2-liter 130-horsepower engine and a 3.0-liter 185-horsepower engine. The 2017 version has engine options that provide between 178 to 268 hp.

The Accord has followed a similar path of offering increasingly more powerful engines while still maintaining good fuel economy. By the fifth generation’s release in the 1990’s, buyers could get a 2.0 liter engine that delivered up to 145 horsepower. Nowadays, even the base engine gets 185 horsepower.

TEST DRIVE AN ACCORD OR CAMRY AT ALM NEWNAN

Both the Camry and the Accord are solid choices if you’re looking for a midsize sedan. You can browse our website for availability, or you can contact Atlanta Luxury Motors to find out more information.

BLUETOOTH?
Yes- Available on most models. 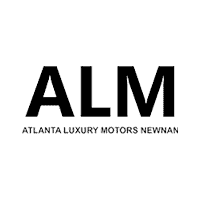